Tex went away for a week and a half. I’m not what most people would describe as “normal” at the best of times, but my husband’s presence does have a tempering effect on my weird.

Which meant that eight days into his absence, this happened.

In case you’re wondering, that’s a random ad for the Liberals playing on the iPad. I put it on mute and then pretend that the Prime Minister of Canada is giving me compliments and asking me out.

Which meant that four days after Tex returned, this happened.

For the record, Tex does wear a cowboy hat along with boots and spurs at all times. I merely request that he remove them in bed. 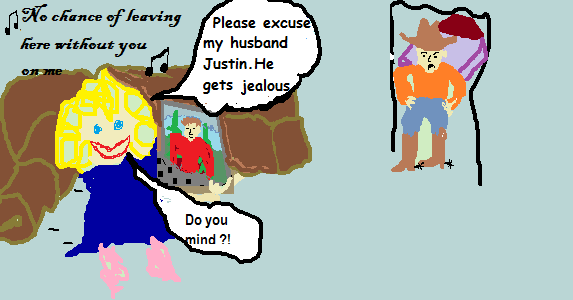 Our couch changes colour sometimes. This happens with children- mostly it goes from normal to puke coloured.

I look forward to the return of my regularly scheduled programming. This whole situation is becoming a little odd even for me.