So a couple of weeks back, I did something bad. Not like murdering someone and tossing the body under a bridge bad, but worse than stealing Tex’s car keys so I could secretly eat Halloween candy for breakfast. (He locks our Halloween candy in the car because I’m like a devious, curly haired raccoon.) I broke our washing machine.

To be fair, Tex gave me permission to do it. Because when I held up our bathmat that had seen better, cleaner days, and asked “Can I wash this in the machine?” Tex replied “Yes”. So he’s an accomplice in the death of our washing machine. I would like you all to remember that when the Maytag police show up at my door. Yes, our son will be an orphan but at least I won’t go to appliance prison alone.

But the thing is, I’ve done this before. Not washed our bath mat, but when we were staying in the walk-in closet a couple of months ago, the place came fully furnished. Complete with a bathmat that was proving the theory of evolution every single day by spawning new and disgusting creatures for Tex and I to squish under our feet. 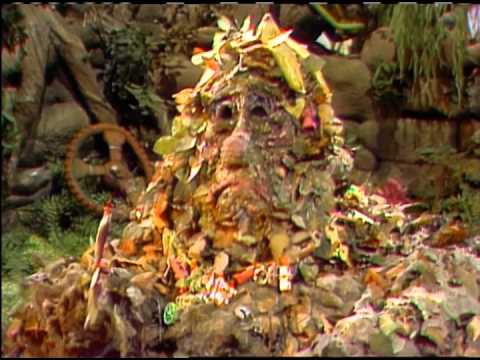 I’m the Great Unwashed. I freely told my doctor that I only bathe once a week. I regularly let my son cover himself head to toe in dirt and then send him to daycare like a living, breathing Pig Pen. However, this bathmat was a whole different, more gag worthy version of dirty. One that I am not comfortable with.

The bathmat was so dirty that you could feel bacteria wrapping their mutant tentacle arms around your toes when you stepped on it. Like a horror movie crossed with science fiction. Had I left the bathmat as it was, it undoubtedly would have inched its way to our bed during the night and suffocated us in our sleep. It was maybe eight days away from forming intelligent life.

So I washed the walk-in closet’s bathmat. I didn’t have high expectations. In fact a part of me expected the creature to spawn in the water so that when I came back down, it would have sprouted legs and taken off with the washing machine, dryer and the random giant painting of a pear in the basement.

A better option would have been to use fire. Or even better Tex’s ray gun that he still claims doesn’t exist. Although undoubtedly Tex would deem that washing a bathmat was an inappropriate use for a ray gun. As it was, all I had was a washer. So I threw the sucker in.

It was so disgusting I may have used tongs to transport it downstairs. Then I said goodbye to the washing machine, dryer and the random painting. But forty minutes later when the cycle finished, lo and behold the washing machine was still there. And after drying- it looked like a whole new mat. Complete with a different colour! Like entirely different. I still shudder when I think about the degree of change.

The whole point of that new life form filled story was that I have successfully washed bathmats before. And also if pushed I can kill entire civilizations. But only those living on towels.

Fast forward two months when we are back at home in our house. While washing our bathmat I discovered something- bathmat washings are not like cats. Both in the way that you can’t put bathmats in the crate, spray water at them and hope for the best like my sister did once with one of our cats; more in the way that cats have nine lives and apparently a person only gets to wash a bathmat successfully once in their life.

I washed our bathmat and destroyed our washing machine.

Part of me wished that I had ruined the walk-in closets washing machine because there were six other units in the building so I could have walked away and pretended it was someone else. But no, it was OUR washing machine, in OUR house and there was only one person who could take the blame.

There was water sitting in the drum. There were little bits of rubber everywhere. And I could tell that this rubber-bitty situation continued all the way through the washing machine’s innards. “Tex?” I called, inhaling deeply to mentally fortify myself before admitting my mistake, “I, um, I did something bad.”

The next three hours were my and Tex’s punishment because I had to put our son to bed by myself while Tex took apart every single piece of the washer and laid it out on our basement floor. Then he swore. And not in the normal Tex way, when he uses curse words as exclamation points. For example “It’s a &%$@ing beautiful day!”

No, this was more of an angry pirate, on a sinking ship, fighting a giant shark for his peg leg kind of swearing. I’ve never heard the word “tree” included in a curse before. Once or twice, I’d poke my head around the stairs and ask ruefully whether I could help. Then Tex would sigh, mutter another new profanity into the belly of our former washing machine and say “No, just go upstairs and never wash another bathmat again.”

It took him three hours to fix the washing machine.

Nothing takes my husband three hours. The man is a farm boy, engineer, doctor, black smith who knows how to pick locks. I’m not even sure his ray gun took him that long to put together. Although he swears up and down that it doesn’t exist.

And we’re getting to the worst part.

Well, not the first time.

But then, oh then, my parents came to visit. Which everyone knows is a completely stress free experience for all involved, and when I washed the sheets, a little bit of water trickled out the bottom. I ignored it. Because I make bad decisions like that. Regularly. And I’ve been known to get a little splashy with the liquid soap sometimes. Also did I mention we have a two year old? I found a chunk of banana in my shoe the other day. Stuff happens. A little water can be ignored.

But then I made the mistake of doing two loads back to back. And then there was a puddle. One large enough to soak my socks if I wore socks. I brought my mother into my confidence. “You mustn’t tell Tex” and she agreed especially after I told her about the tree curse word thing.

Previously, in my life, when my butt sat much closer to my back and I didn’t have weird lines in between my boobs that may or may not be wrinkles, I didn’t do laundry often. And by “not often” I mean, I wore things three or four times until I determined that they smelled (OK, maybe five or six). I worked at many different job sites so wearing the same outfit the entire week wasn’t an issue. The point is- I am accustomed to being a little dirty. I am after all the Great Unwashed.

By contrast, Tex might as well be known as the Obsessively Cleaned. He loves washed clothes. He attacks stains with the same vigor and effort that Mr. Clean would if he showed up at your door, all bald, shiny, and grinning.  For the record it’s equally disturbing to watch.

There was only so long that I could put off doing laundry. If Tex had been away, my son and I might have gone months. I mean at some point, when the stink lines coming off my and my toddler’s body became visible, I might have sprayed some Febreeze, but then we would have been fine for another month. As it was, I got a week in before I was forced to tell Tex.

Happily, he fixed it in an hour. It’s been working since then. Now everyone knock on wood for me.