I’m responsible for hiring our au pair. That’s right, I’m responsible for CHOOSING SOMEONE TO LIVE WITH ME. To date, you are the only room mate who worked out long term (I’m still in the process with Tex- I’ll call it a success after three years.) and I didn’t even choose you. You were all like “I need a place to stay” and I was all “I’m not in the country but here are instructions on how to get my house keys.”¹

I have had NINE unsuccessful roommates. NINE.² I am officially a screw up who can’t get along with anyone. And now I have to choose someone to live with to take care of my son.

Who put me in charge? It’s madness. I need a drink. Only I can’t. Because breastfeeding. Forever. For reals -the whole introduction to solids thing is going abysmally. Clearly my mammaries are too awesome.

So Tex and I joined Au Pair World to find girls and then I joined Au Pair Solutions because the women who run the Au Pair Solutions site have all kinds of advice and documents to help you. And I feel like these women’s shoes always match their belts and their homes are tastefully decorated and flawless like your mom’s and everything in their world lines up because they’re so damn organized and who put me in charge again?

There are approximately one hundred pages of documents to download from this advice site that I need to go through with a fine tooth comb and then alter so that they fit our family’s needs. I’m going insane and not just because the words “fine tooth comb” conjure up the idea to make a harmonica with a comb and wax paper. 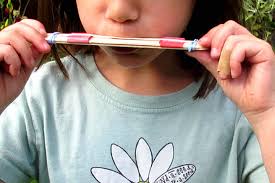 So much more entertaining than altering documents. (Photo Credit : momjunction.com)

I am so not an academic or businessy in the least. (I’m so bad at this that the Google mails claims I just invented a word.) My god, there must be a special camp for people like me where all we do is throw clay at the wall and talk about weird performance art pieces.

That’s what I’m calling what I do now-performance art. I’ve decided to send out my postcards to politicians and CEOs. If in the future you’re wondering how I got on the No Fly list, now you know.

I wish you had an international phone plan. I wish we lived closer. I wish my weird was something I could unleash upon a person after I meet them without it melting their face off like an outtake from Indiana Jones. 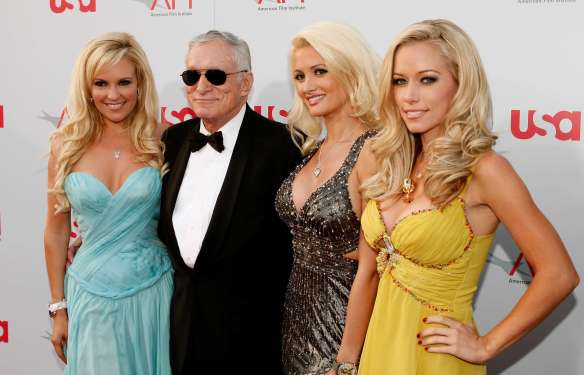 I was going to insert a picture of the character’s face melting off from Indiana Jones but it looked disgusting, so instead I’ll put a picture of Playboy Bunnies which is as inappropriate and out of place as my weird. (Photo Credit: ibtimes.com)

I think that’s enough desperation for one email. Have fun at your international conference. I believe in you and so does everyone else in your professional world. Don’t accidentally sleep with any Frenchmen.³ It happens. You’re all like “Hello” and they’re all “Bonjour” and then suddenly you have a baby and live in the middle of nowhere. That totally happened to me. My life is a Public Service Announcement only not really because Tex speaks German so he greeted me with “Auf Wiedersehen” or some other similarly forceful sounding German word that made him seem both angry and like he understood clockwork and punctual trains.

For serious. Who decided that I was the one to do the paperwork? I’m into my third audit of the year from the CRA because the first two weren’t enough.

Unwashed
¹ This actually happened, Sula messaged me while I was on vacation saying “I know we’ve only met a couple of times but I got this job and need a place to stay in your city pronto.” and because life isn’t fun without the possibility of dying in your sleep at the hands of an acquaintance, I answered with “The key’s under the turtle, careful the microwave runs a little hot.” and so started the love story of a life time. Only not really because Sula and I are both straight. We just routinely wish we were married to each other, enough so that my family gets uncomfortable and my grandparents sometimes worry that I’ll run off into the frozen sunset with my friend.

² Upon reflection, I realized that I actually forgot my most recent room mate disaster, which clinches the whole “screw up” idea.

³ In the same way that my academic friend Gordy studies an industry rife with Germans, Sula’s research has a huge French component.
Also if you can believe it, this email was sent while sober. You can imagine the kinds of messages I come out with while drunk based on my belligerent use of Caps Lock without alcohol. It’s probably for the best that I’ll be breastfeeding for the next nineteen years based on how poorly Mini-Tex reacts to every single piece of food that we give him.