While going through my childhood bedroom I discovered postcards that I purchased when I visited Italy. So I brought them to my grandparents with the intent of writing to people. This act resulted in the following conversation.

Granddad while rifling through my stack of postcards splayed all over his dining room table “Unwashed, what are these?”

Unwashed who is overly chipper and excited about her project “They’re postcards, I’m going to send them to people.”

Granddad is in a mild state of disbelief “You mean you’re going to send these cards that no one would ever want to look at to people?”

Unwashed now all but bouncing up and down with enthusiasm “Yes Granddad, but it’s even better, I’m going to write complete nonsense on them before I do so.”

I think sometimes Granddad wishes I had normal hobbies like watching Netflix or at the very least didn’t have the addresses of all of his closest relatives.

This card could be an excellent advertisement for protective clothing. Clearly the Garden of Eden was a dangerous place for soft fleshy bits. I mean, never mind all of the teeth and jaws that are just on the verge of mowing down on a pudgy muffin top, there are beaks. I don’t know about you but I’ve never seen a chicken with kind eyes. For all we know, it may have been Adam himself who made the first jock strap after a tussle with a rooster. 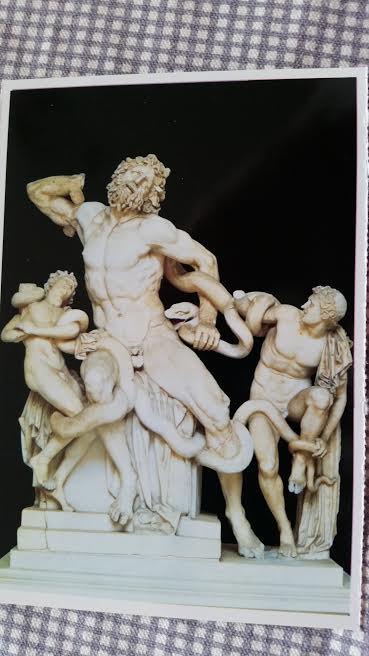 This statue pays homage to the lost art of python wresting. There were a couple of die hard fans who tried to save it of course, adding rules to make it safe; only wrestling two pythons at a time, feeding them beforehand, not piping Zydeco into their cages (serpents hate piano accordions). Tragically, it wasn’t enough, the sport died out. Weirdly enough, the idea of clothing or substituting deadly snakes for kittens never occurred to anyone. 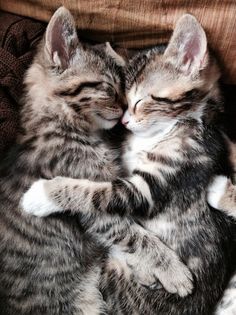 It isn’t talked about often but Michelangelo was a huge Spielberg fan. That’s where this painting came from. The old, beardy dude is all “I’m going to go off on my harem of angels now but I will be …right… here”. Said in a warbling, old man, alien voice of course. It’s rarely mentioned in guidebooks but the Sistine chapel totally lights up after dark like some sort of strange, elderly, finger-shaped night light, as an homage to that special extra terrestrial.