It’s Friday in New Zealand. It doesn’t make any sense, but time zones are like that; they’re tricky devils, sometimes, for example last weekend, they jump backwards an hour for no reason at all. Time zones don’t obey the laws of physics. Scientists thought everything had to obey the laws of physics. And everything does, except for time zones. Also Cher. 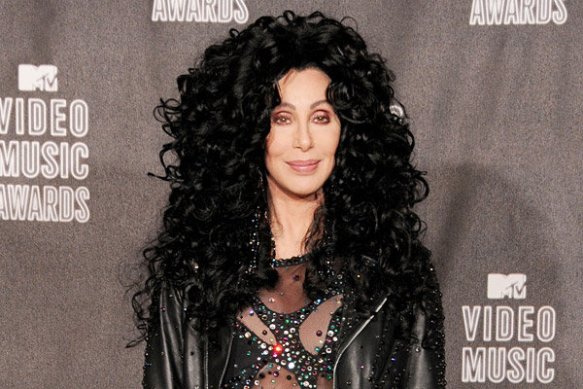 This lack of adherence to physics is the only possible explanation for this woman. Photo Credit: MTV.com

Anyway, on with Five Things Friday

It wasn’t actually coal, it looked more like severed tree roots. Regardless, it sent a message -be nicer to our son; this is your Christmas gift. Following celebrating an early Christmas with Tex’s family this past weekend, I found a “present” at the bottom of the bag of produce they had brought from the farm. It was underneath the beets and the lone zucchini which was the size and shape of a baseball bat.

I turned the oddly shaped, dirt clod coated bulb-ish/shrub-ish thing over in my hands trying to find an identifiable feature so I could figure out whether to cook it or plant it. Finally I gave up and called my mother-in-law Zoey*. “Did you give us a piece of a tree?” I asked. “Pardon?” Zoey replied masking her obvious disapproval of my naughty behavior over the past year with confusion.

“I’m holding a plant” I said. At least I thought it was a plant, it very well could have been dirty petrified wood. “Is it for the garden?” I questioned further. “Oh!” Zoey burst out, “it’s the horseradish”. So it wasn’t coal, it was condiment ingredients. Close enough, it ended up making me cry. Message received -I should be nicer to Tex.

To clarify, I drove over a pit AND two men with my van. It was horrifying and I cried in the way that one does when they’re about to commit murder. I’d never patronized a Jiffy Lube before, consequently I was shocked when the garage doors opened and in lieu of a friendly mechanic trotting out to relieve me of my keys, a youth in a pit beckoned me to drive over him. Then to make matters worse, another young man jumped in with him. Double manslaughter, goody.

I drive infrequently because I loathe it, but more importantly because I’m terrible at it. The examiner had to coach me through a three point turn on my licensing test. Thus, the pit/youth situation spelled certain doom and jail time to me. However I somehow managed to very slowly maneuver the van over the pit and the youths lived to scare another unsuspecting customer.

Mini-Tex is into eating exactly what I’m eating. I made the mistake of consuming citrus in front of him so now our floor is like a high school cafeteria- sticky and more than a little gross. I debated not washing it and leaving the job for Tex but thought better of it upon remembering the number of baseball bat sized zucchini my mother-in-law has in her garage. Death by squash is never pretty.

Cher took them to another time zone. I’m sending a search party to Taiwan and Austria, I’ll let you know when my other writing points turn up.

*Names have been changed to protect the identities of lovely, thoughtful women whose fondest desire is for their families to have well seasoned, delicious, local food. She also would never think of using her zucchinis for anything other than baking and is so gentle that she makes people who would never hurt a fly look aggressive. My mother-in-law is compassionate to the point that I’m pretty sure she mourns the dust-mites that accidently get sucked out of the air by the vacuum cleaner.

It’s grievous bodily injury week here at The Great Unwashed and we’re celebrating with vigor. Remember the story of the old lady who swallowed a fly?  I’ve always thought that woman was crazy after reading that she swallowed a spider, a cat, a dog and so on. However after what happened the other day I can now empathize with the old lady. Sometimes when things go bad the only option is to make them worse.

I’m attempting to stain a fifty year old dining set. I say attempting because currently I’m on my third try after two failed coats of varnish. My grandmother was upset with me when she heard that I had been attempting to spread the finish with a rag “Use a brush otherwise it’s a waste of stain and rags- Grandpa’s underwear doesn’t grow on trees you know.” 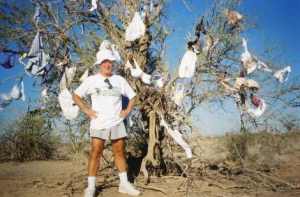 Ok she may not have said the last part, but it was implied by her incredulous tone of voice upon hearing how I had been attempting to refinish the table.

Armed with Grandma’s advice, the refinishing job was going splendidly until I needed to wash the brush.

Now as a former lifeguard and a self confessed safety aficionado I am normally all decked out in personal protective equipment; goggles, masks, ear protection, gloves, the whole nine yards. However using a brush meant that my hands were not touching the stain, hence I didn’t wear gloves. So when I went to wash the stain out of the brush I thought to myself “Water washes things, why would I need gloves to wash things?”

Which was how I ended up with stain coated hands. A veteran of being covered in gook  I went immediately to my supply of baby oil gel* and smeared it all over my hands. 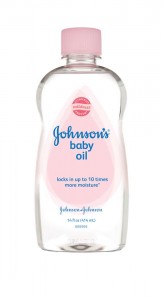 Baby oil gel will remove most dyes, all temporary tattoos and wax. Unfortunately I discovered what baby oil gel will not remove is varnish. Now my hands were stained brown with a top coat of baby oil. The tub was rapidly being coated in stain as well at this point.

That’s when I decided to get the borax. Tragically I store borax in the cupboard with a glass doorknob, which would not turn because my hands were coated in grease. So I grabbed a glove that I should have been wearing at the beginning of all of this and put it on to open the door.

Sprinkling the borax liberally I began to scrub the now “Mission Oak” brown bathtub with a gloved hand. Suddenly the latex started to get very warm and I realized that a chemical reaction was occurring between the stain and the borax. Remembering the slew of detergent suicides in the media, I threw open our front door and the window hoping to air out the room. The borax worked a little bit but kept heating up so I tried regular soap.

Unfortunately following an afternoon of unsupervised science experiments all of the soap in our house looked like this. 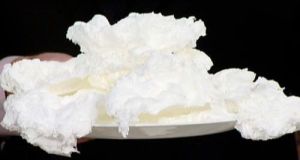 Soap is prone to exploding when exposed to science because science is great. Not quite so great when you need it to clean things though. (Photo Credit : klce.com)

So it didn’t work very well. And now the wonky shaped soap had a coat of “Mission Oak” stain too.

After all of that the tub was clean. As long as the lights were off and you squinted it looked almost white. I was on the verge of being late to meet a friend so I hopped in to shampoo my hair and shower.

The ensuing shriek as I slid down and sideways out of the tub could be heard four houses away because the front door was still open. The tub was white (ish) but the borax and science experiment soap had not cut through the layer of baby oil.

The only way I could shower was by crouching, which didn’t work well as the drain was clogged with a mixture of stain, borax and oil. While I shampooed my hair, the tub gradually filled with water and there was a grimy layer on the top.

So I had to walk the fine line of staying crouched enough so I wouldn’t slip on the baby oil but not so crouched that my lower half got coated in the varnish and borax combination floating on the surface. Although the words “I preserved it just for you” are very sweet I don’t think shellacking my kootch and bum would go over well with my husband.

I realized that I was going to be late when I emerged from the shower dirtier than when I went in. Texting my friend  “Late. Have story.” I grabbed a bottle of dish detergent from the kitchen and took another swipe at cleaning the tub. The Palmolive cut through the baby oil and I was able to shower standing up this time to get rid of the film that had formed on my legs.

In the future I’m going to ask my grandmother what to do after completing a staining job. I have a feeling it will involve gloves and more underpants.

*My friend upon hearing this story said “Why do you have so much baby oil gel?” which I thought was a silly question given how often I end up covered in some sort of dye thus it seems obvious why  we would have bottles and bottles of it lying around. But there is one other purpose for baby oil gel which I will cover in another post.