I smell like a den of raccoons, I’m also sopping wet. In the grand scheme of life, this isn’t an unsolvable problem. It is however affecting my popularity with family members. This sort of issue has happened before, well, ish.

You see it’s a packing problem. I suck at packing. If there was a packing Olympics I would be the lonely, small country of Estonia. This miniature country tries really hard and packs with all of its might but in the end, it’s really only good for being the spot that future Polish grooms fly to for wild bachelor parties.  No one ever hears about Estonia going to the packing Olympics. Or any kind of Olympics. That’s me. I’m terrible at packing. Although that wasn’t a very good analogy because I’m not good at throwing wild, naked parties either.

Once for a nine day long trip, I packed two pairs of underwear, twelve shirts and no pants. This would have been fine if I was headed to a partial nudist camp for a week or maybe to one of those wild, naked parties I never throw, but as it was my grandparents were a little alarmed by my lack of clothing. My grandfather ordered me out of the house and to the nearest Walmart on the third day to purchase extra items to wear.

I’m visiting my grandparents again and to be honest I’ve done a bit better this go round; I packed twenty-six pairs of underwear, three shirts and one pair of neon tights for my overnight stay. Tragically I’ve forgotten antiperspirant. For normal people this wouldn’t be an issue but for me whose underarms did a convincing impression of Niagara Falls from the ages of fourteen to twenty-two, this is a problem. 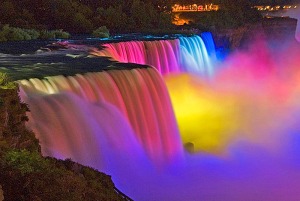 Having exited puberty, although one could no longer shower in my sweat, I still produce a lot of it. Hence my grandmother and I are once more being sent forth to the local Walmart in the interest of not wringing out my shirts every couple of hours.

*Also don’t be upset or feel unworldly if you haven’t heard of Estonia. The only reason I have heard of Estonia is because I went on a cruise with my grandmother and three thousand other old people.

When my grandmother was booking the trip, the travel agents asked “Do you want to stop in Estonia?” to which my grandmother replied “Pardon me?”, as she had never heard of the country. The agents took this as a “yes” because “pardon me” is a great deal better than “Where the heck is that?” which is the standard response to that question. Hence my grandmother and I stopped there, and learned all about their Polish bachelor party industry.

Also the grooms might not be from Poland, I wasn’t listening very well to the tour Estonian tour guide because I was too busy trying to figure out where I was.