More than the ability to drink staggering amounts of vodka and wake up looking like a daisy that’s sprung up next to a waterfall; all sunny, dewy and raring for adventure, more than the confidence that a smoky eye was EXACTLY what 7 am Tuesday shift at the local sandwich shop called for, more than even my twenty year old metabolism which ran like an Energizer bunny, I miss the recklessness of youth.

Once upon a time, when I wandered around in the buff not because I was out of laundry but because I was young and everything still pointed up, I used to kick banks and snarl at bank managers like a rabid dog, before chasing local, non-rabid, neighbourhood dogs home. And I was interesting. All of this made for easy blog post fodder.

I’ve been lamenting my recent stream of good life choices and lack of eccentricity that motherhood has brought upon me to anyone who would listen. That is until yesterday.

Something you need to know about small towns is; they’re like Roz from Monsters Inc- they have unnaturally short arms and wear cardigans. No. Although there are a fair number of white haired ladies who rock a cardigan every day of the year. No, small towns are like Roz in that they are always watching. 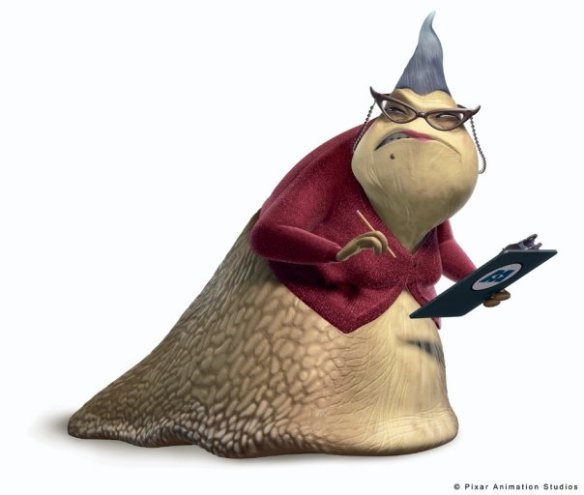 I forget the omnipresence of the town. Or sometimes blatantly ignore it and behave badly anyway. And then I see people at the mall and take a shame bath when faced with my crimes against decency. In case you’re wondering, a shame bath is exactly like a normal bath except instead of water, there’s acid. Also you exfoliate with coarse sandpaper beforehand. This is why I don’t go to the mall anymore. Because I see everyone that I’ve ever embarrassed myself in front of. That and I get mistaken for a homeless person.

Anyway, so there I was, just going about my business at the grocery store, like a normal person who’s the size of a twelve year old and dresses like a hobo, when this woman runs up to me and asks “Did I see you riding your bike and giving a car what-for a week ago?”

You know in movies when you are sucked into the character’s eyes for a flashback? It was exactly like that. Only I didn’t get to make out with my deceased husband KJ Apa. 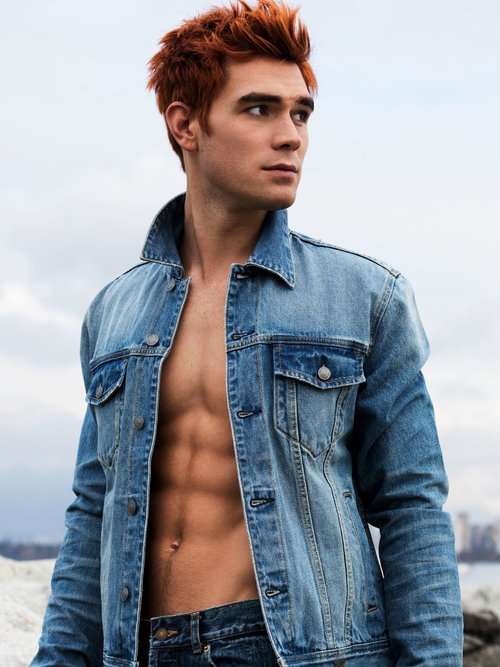 You may judge me for being cougar and violating the “Half-your-age-plus-seven” rule with my imaginary husbands because I’m going to be a worse person later on in the post. Photo Credit : flaunt.com

Nor did I splash on a beach with my fictional best friend Jennifer Garner. No, I was brought back to a week before, when I was cycling my son and his two friends home from a play date.

Now, before my grandparents start freaking out and sending gas money in the mail so I’ll use my car more often, I should state that at no time was anyone ever in danger. It was the biking equivalent of someone cutting in front of you in line at the bank. Irritating, rude but ultimately, in no way life threatening. Which made me that much more furious. Because I would NEVER let someone cut in line at the bank. I would gladly offer for them to go ahead but no cutsies.

Also, I don’t actually go to the bank here because eight months ago, I did something humiliating in front of a teller and now I have to bike to the machines at seven am before opening hours to do my banking.

I digress, so there I was, clipping along at a brisk 10.7 kilometers an hour. This sounds slow until you recall that me+ our bike+ three children = about eight thousand pounds. Or at least that’s how it feels in a head wind- like I’m cycling a cart full of Barnam and Bailey’s oversized animals home from the circus while the bearded lady sits on my shoulders.

A car appears behind me. This is not concerning. If I were in a city, the kids and I would be dead. However if I were in a city, I wouldn’t be cycling at all, let alone with three children under the age of five. Here, in the middle of nowhere, cars give me at minimum a meter, but most often, an entire lane to myself, sometimes more. In return I give them a big smile and tell the kids to wave jauntily at the motorists. And then someone jumps out of the bushes to snap a photo of how idyllic small town life is right after the kids finish asking what the word ‘jauntily” means. Only not actually the photo part.

This car apparently didn’t get the memo, because it sped up to turn right ahead of me. Please note that I had thrown my arm out to indicate that I was also turning right. Dude, was in such a hurry that he HAD to get ahead of me. But not by much, because I had to brake. Gently. So as to avoid a super low speed collision. The other car was also going super slow. Did I mention that I live in the sticks and that no one is in a hurry? Even if they aren’t pedaling what feels like a group of morbidly obese rhinos around?

Minor paint scratches effectively avoided. Even still, I was livid. Red flashed around the edges of my eyes as both my heart rate and legs speeded up.

Once, ten years ago, I was rear ended by a 6’8 giant driving a convertible. After jumping out to inspect my bumper, I stomped my twelve year old sized self over to his car and bellowed at him about reckless behavior and the need to pay attention. (It bears mentioning there was no damage to either car- he merely nudged me.) The NBA sized man slunk down in his seat until he was shorter than me. My boyfriend at that time was convinced I was going to grab the terrified sasquatch by the lapels and yank the guy out of the car. Suffice to say, when I’m angry, it’s a sight to behold. Also, in the interest of safety, you should stand at least ten paces back in order to safely duck the red hot magma that shoots out of my ears.

All of this was over an elderly truck, that I didn’t love, which contained no children in it. However it does convey my passion about road safety.

This right-turn line cutter, made me madder than Paul Bunyan did ten years ago. If this had happened in the city, I wouldn’t have batted an eye. But this was a small town! Who did they think they were? While braking, gently, I started shouting at the top of my lungs. As soon as I had safely turned the corner and no longer needed a free arm to indicate my turn, I began gesturing to reinforce my point.

When the car had turned in front of me, I saw that the driver was in his seventies. I looked at both him and his equally elderly wife in the front seat and thought “I could take him”. Please note that I wouldn’t have roughed the septuagenarian up, after all, I had someone else’s children with me- I needed to set a good example. This is also why I didn’t whip out those choice profanities that my husband taught me last month while fixing our washing machine. Although I’ve been dying to slip the word “tea kettle” in with a string of curse words since then.

I will confess to speeding up with the intention of chasing down this rogue driver. However, with my furious tirade still filling his hearing aids, and seeing my enraged hand gestures, rather than turning into the local senior’s center to play bingo, the man took off towards Main Street.

I quickly looked around to verify that no one had witnessed the event, shrugged it off, then kept pedaling. Afterwards, I promptly forgot about it.

That is until the lady approached me in the grocery store. This is the moment when I realized that it’s not that I no longer commit ridiculous acts, it’s that they’re no longer notable to me. Which is far more concerning. Also, I need to start wearing a wig, or at the very least, stop reaching for the rainbow coat. Much less recognizable.