I’ve been woken up the past couple of nights at three am, by the man upstairs who is clearly speaking to people in another country where it is a reasonable hour. At first, I was myself, but as the night progressed, I became a blood thirsty killer.

I am lying in bed with my eyes open listening to what can only be the sounds of a man describing how he singlehandedly saved the world. Or at least that’s what I assume he was talking about, after all, who could be excited about anything less than being an international hero at three am?

The man is still talking, loudly and at various volumes so I cannot fall back asleep. I sleepily remind myself that I feel homesick here too and spend an inordinate amount of time on the phone. The difference is that my family is in relatively the same time zone.

Now he’s talking about cooking up a feast for three million people and describing all of the recipes he will use. Actually that’s just a guess, because what else could have taken him this long to communicate? I picture quietly tiptoeing upstairs, knocking on my neighbour’s door, looking pathetic and small like a sad twelve year old and saying “I can’t sleep when you are on the phone.”

It’s becoming clear that a man who outlines the exact method that he uses to clean his bathroom at three am needs more than the pathetic image of a woman who looks like a child knocking on his door asking him to stop, in the middle of the night. I picture writing an amusing note to him.

If I was a fairy, I’d sprinkle you with magic so you’d sleep through the night without hearing your phone.

If I was a vampire, I’d bite you, not enough to kill you, just enough to make you anemic so you’d be too tired to talk at three am.

If I was a unicorn, I’d pin you with my benevolent hoof and communicate through unicorn mind powers the social mores of society- HINT: we sleep at night.

If I was a robot, I’d put you in a cage without your phone because robots are soulless, but I’d put a bed in there because I’d be a nice robot. 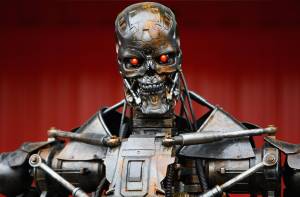 If I was a mermaid, I’d slap you with my giant fish tail to get my message across- you’re being rude.

If I was a werewolf, I’d rip my couch apart and eat it, werewolves are unpredictable.

With no end to my neighbour’s jibber jabber about his belly button lint in sight, I move to the couch and quickly discover that our new couch is not comfortable for sleeping on.

I crawl back into bed, the man upstairs is talking about all of his wonderful qualities; his ability to speak for three minutes without taking a breath, how he is so charismatic that curiously no one wants to hang out with him. He has others but I stopped listening because I had a quest.

“Tex” I said shaking my boyfriend’s shoulder gently, “the gun cabinet is locked; I need the combination.”

“Shhherfenismah” Tex replied before rolling over. My visions of appearing at the man’s door like a tiny pyjama clad Annie Oakley were crushed.

I rearrange all of the furniture in the second bedroom so the futon will fold out and switch out the flimsy curtains with the blackout curtains in the living room and finally fall asleep.

Tex is awoken by my alarm next to the bed because I am not there and then is shocked because my first words to him are, “I want to make the man upstairs special cement boots then take him swimming.”

Apparently I am never getting the code to the gun cabinet, Tex is also looking into anger management classes or calming yoga classes for me, he can’t decide which will better prevent cold blooded murder.