I’m not Doctor Doolittle but in general, I can take care of most animals. Feeding a dog? Piece of cake. Clipping a cat’s claws? No problem. But when it comes to birds, well, that’s another story. 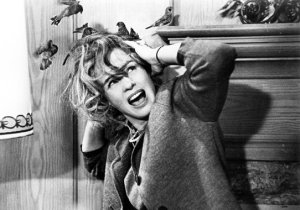 This is me at the park. (Photo Credit: http://www.houselogic.com)

Last summer I dog-sat my friend Sula’s Cavalier King Charles Spaniel after she got spayed. My afternoon schedule looked something like this

The silent sleepy days that Maddie and I spent together were punctuated by the cries of Sula’s bird. The first day I was there, her indignant squawks reached a feverish pitch around one o’clock.

I’ve never had a bird; Sula’s pet was the first real exposure I’d ever had with a feathered friend. By contrast, Sula, and almost everyone she knew worked in Canada’s foremost bird research facility, so I had spent many an evening watching each of them handle Sula’s colourfully plumed pet with assured confidence.

The shrill, piercing squawks increased in frequency and length, I knew that the bird wanted to fly. Shoring up my confidence, I opened the cage. The little lovebird hopped down from her perch and into the opening, quiet having been appeased. I sat back down on the couch to pet a sleepy Maddie.

That was when all hell broke loose. Not only did Sula’s bird want freedom, but she wanted attention too. Soaring up to the ceiling and then quickly back down, she commenced dive bombing Maddie and me. All the while screeching angry messages in bird language which I interpreted as “This is for ignoring me- watch as I do an impression of a throwing knife landing in your hair!” Folding myself over the sick little dog, I tried to come up with a plan. The bird kept up her swooping, loud air-show, calling out smugly in bird language; “If you thought the Gingerbread man was hard to catch just try and put me back in my cage. Freedom! Freedom!” I swear these cries were followed by a maniacal, birdy laughs. 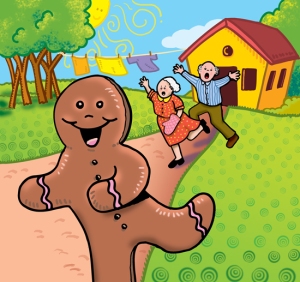 This guy is a picnic next to the feathered missile I released upon Maddie and me. (Photo Credit : nanceejean.com)

After suffering for ten minutes under the bird’s regime, I gathered some courage and decided to put an end to the madness. Channeling the practiced grace that I had watched Sula and her friends handle the bird with, I reached for the small, chirping dictator when she landed on the couch.

As the bird hopped towards my outstretched fingers, I felt a swell of confidence, the reign of terror would end; I would put the winged pest back in her cage and throw a blanket over it without the slightest trace of guilt. That was when the bird bit me. Yelping in surprise, I yanked my hand back. Rubbing my sore digit, I decided to show more confidence. As sternly as I could, I extended my hand again. And once again the bird bit me. Glaring at the smug winged dictator, I pondered over the fact that birds are related to snakes. As I gingerly held my two bitten fingers, I decided this bird was perhaps more closely related to serpents than others of her kind.

I glanced around the house as the bird took flight again, continuing her dive bombing fighter jet impressions, and then I saw my saviors; Sula’s pink rubber dish washing gloves a.k.a. Unwashed finger protectors. Donning the large pink gloves, I recommenced my attempts to trap the bird. But to the bird, the magenta rubber had transformed my hands from food into monster appendages intent on avian death. Her shrieks changed to terrified calls for help. As I chased the flapping green creature around Sula’s house, Maddie looked on pitifully from the couch, occasionally wincing from the chaos and the din.

After ten minutes, I was out of breath and no closer to catching the bird, so I removed the gloves and placed them back in their spot on the kitchen counter. I sat back down on the couch, resigning myself to the fact that I was going to do chicken little impressions, covering my head each time that pieces of the feather covered sky made a bee line for my head.

Surprisingly the bird was relieved by the return of my non-monster hands and came to perch on my shoulder for a rest. Looking at the door of the cage and at the size of my bird free shoulder, I walked towards the bird’s home, moving carefully so as not to scare the tired creature into flight. Leaning down, I lined up my bird shoulder with the opening and then quick as a flash, I shoved the bird and as much of my body as I could into the cage. The bird screeched in surprise. But I had done it! Triumphantly I latched the metal closure and glared at my enemy. That was the last time I ever tried to commune with Sula’s feathered friend.